LOGOS GUILDWORKSoffers two fellowships, the Helen L. Burke virtual artists residencies and Monroe and Barbara Schlactus Gimilus Chassidim fellowship programs. Kindled by a call to artistic expression of Scripture, (within Abrahamic traditions) these fellowships propagate rich materials of the Hebrew bible and the Gospels through design/artworks/music/sculpture and short moving-image video, put into devotional and pastoral service for the continued life and shared gifts of the synagogue, churches and mosque as places to create, and contribute to vitally lived faith. 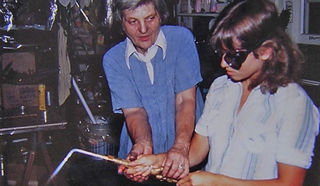 GUILDWORKS is a new pastoral arts-worship ministry and faith-based arts-guild whose members are engaged in living the creative injunction of Genesis, Let us make man in our image. And of the Gospels In creating we are God’s workmanship. GUILDWORKS believes in elevating conversations about how we manifest creativity in God’s kingdom, individually and communally seeking intimate and raw, re-formed and refined relationships to the Divine-evangelically, joyfully witnessing God’s word and work in our world.

GUILDWORKS also encourages creative voicing of the Gospel, asserting faith’s substance through artistic means and dynamic conversation. GUILDWORKS provides a virtual and real community where likeminded artists interested in contemporary faith-based issues may dialogue with each other, generate feedback and reflect on specific projects and concerns–finding and creating as the early churches did, community to share and experience God. Artworks created in the GUILDWORKS are comprised of both function and aesthetic. Being faith-based works they contain calling, spiritual resonance embodied within as they come to fruition Deo Gloria, for the glory of God–engendering the essential covenantal call to Abraham “L’chi lach lech l’cha vaderech” Go out from your country and kinsmen…you will be a blessing and in you all nations will be blessed, similarly holding Jesus’ call to us to be Salt and Light.

For us in GUILDWORKS this is our starting place–ground of being and tabernacle  משכן‎ mishkan (dwelling place of the Divine). Witnessing salt and light in lived faith we are individually and communally transformed in God and Christ, the Holy Spirit through God’s grace. GUILDWORKS fellowships are shaped toward this joyful, transformative, invitational witness.

Creative and generative, pastorally cultivating worshipful communities we are also, mustard seeds in good soil, finding fertile ground worshipping with, while respectfully loving our neighbors as ourselves, mutually partaking of cultural and religious resources as fruits of the Spirit–offering gifts built of God for the people of God’s building(s).

BENJAMIN B DEVAN has taught religion, philosophy, and African American literature at North Carolina Central University, Peace College, and a January term mini-course at MIT titled, “Religion: Bringing the World Together, or Tearing the World Apart?” He completed his MA in Counseling at Asbury Theological Seminary, his MDiv at Duke University, a ThM at Harvard in World Religions with a thesis on evangelical Christians and Islam, and is now a doctoral candidate at Durham University, UK, writing a dissertation on the New Atheism.

Michael CarterMICHAEL CARTER is involved in education from curriculum design and classroom teaching to speaking at national conferences which he’s been active in for two decades. His teachings posts have ranged from Kindergarten to University level. In the mid-1990’s, Michael was asked to develop an art program for Westminster Academy in Memphis, TN., one of the premier Classical Christian Schools in the U.S., where he eventually taught Art, History and Latin for several years. Currently Michael teaches art and creative writing at Trinity Christian Preparatory School in Charlotte, NC.

Jason A GoroncyJASON A GORONCY (PhD, St Andrews) is a Presbyterian Minister of Word and Sacrament teaching in the areas of theology, church history and pastoral care, and who serves as Dean of Studies at the Knox Centre for Ministry and Leadership in Dunedin, as the adviser on local ordained ministries and local ministry teams for the Presbyterian Church of Aotearoa New Zealand. Jason has published in a number of academic and popular journals, has contributed to select edited volumes and is currently working on two monographs on PT Forsyth. His current research interests lie chiefly in Reformed identity, theological anthropology and ministerial formation.

ERLING HOPE currently serves as President of the Society for the Arts, Religion, and Contemporary Culture, NYC, and served as Artist-in-Residence for Andover Newton Theological Schools summer Institute for Theology and the Arts, 1999-2002, and served as Pastoral Clerk for Peconic Bay Quaker Meeting from 2006-2009. He is a tourist trapped in a local’s body and a third generation maker of things.

DEBORAH RISA MRANTZ is currently an MDIV seminarian at Andover Newton Theological School in Boston MA; she is also founder and principal creative of LOGOS GUILDWORKS MINISTRIES. Deborah’s work has developed over thirty years from formative arts-worship apprenticeships at Congregationalist Punahou School, continuing through Jewish theological work in sculpture and liturgical-ecumenical arts, maturing and culminating with work in the lexicons of language—publishing, printing, and cross-sensory digital design. In an inter-religious syntheses melding Judaism’s culture, faith and ethnicity with Christianity’s worship and contemplative life, Deborah articulates both these faiths re-envisioning God’s word, pastorally partnering the passion of the first Evangelists with Chassidic Judaism’s joyful witness, contemporarily voicing theological richness in the Hebrew bible and Christian Gospels.

FRANK FREDERICKS is the Executive Director of World Faith, an interfaith community service network with chapters in six countries. Fredericks works as an Online Marketing Consultant and has consulted businesses, artists, and non-profits, including the Cordoba Initiative. As an active blogger, Frank contributes to a number of blogs, including the Huffington Post. He is an Interfaith Youth Core Fellows alumnus, UN Alliance of Civilizations presenter, and has been interviewed by Good Morning America, NPR, New York Magazine, and various international media outlets.

For any cultivar of religious and spiritual endeavors, forging new ground of belonging for ministry that bridges our Abrahamic faiths while building vibrant, new communities–in an already burgeoning, modern, prophetic culture is both arduous and exhilarating. You are here. 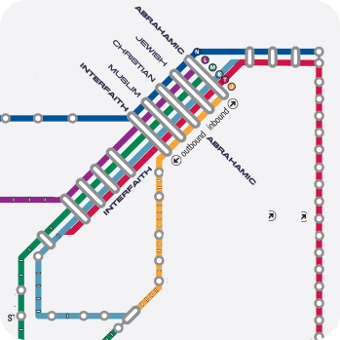 You’re at the intersecton of three great Abrahamic faiths engaging with each other, with Jewish, Muslim and Christian adherents encouraged to enter into dialogue about faith’s most difficult questions, religions’ newly emerging, considered and re-examined answers (from conservative to contemporary 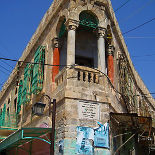 theologies), to contribute to spiritual and worship communities’ cross-faith building-blocks for engagement in a culture of life. New places, paradigms existing squarely inside unique faith-specificity, while following the golden thread between them.

From the Wailing Wall of Solomon’s temple, to the dome of the rock at Al Aqsa, to the Church of the HolySepulchre–we’re called to tender openness and welcome for strangers entering our tents. And to cultivate compassion, mercy, lovingkindness in warm hospitality for others where shared fellowship informs lived faith. Where differences remind us not to turn away strangers–but to extend deep embrace from our common crossroads, to ‘pitch our tent among strangers’ and prayerfully, invite God’s grace entering through angels unaware. We’ll continue to bring LOGOS GUILDWORKS MINISTRIES online these next few months. As conversations ensue, interact via our youTube channel with different dimensions in faith-formation and pastoral care–our language and lexicon of the Good News of God’s word and work in the world. Please journey patiently with us. And Godspeed.

And in You all Nations will be Blessed 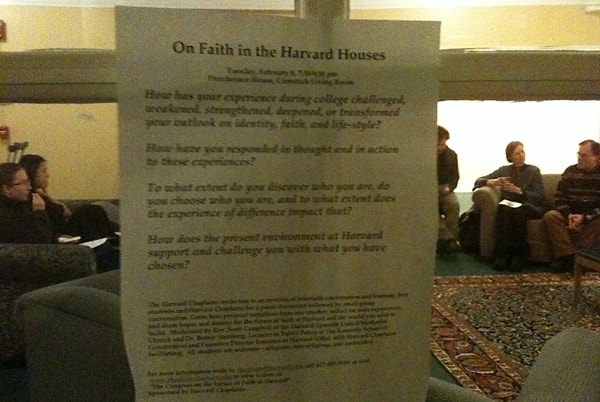 The LORD said to Abram, “Leave your land, your relatives, and your father’s home. Go to the land that I will show you. I will make you into a great nation and I will bless you; I will make your name great, and you will be a blessing to all nations.” GEN 12:1-2  We are all Abraham’s descendants. Jews, Christians and Muslims bring with them, together with their unique birthrights from the Father of the great Western Faiths, the longstanding, seminal sibling rivalries that run through the lines and life of Abraham’s family. And yet for all our differences, each of our three faiths believes in a God who is known and manifest to us as Divinely revealed. Mystic, martyr, messenger of the Good News, our seeds come from the fertile ground of the first man to understand God’s eclipsing, encompassing oneness. Jews and Christians live their lives in accordance to the Hebrew Scriptures and the Gospel of Jesus Christ; Muslims live according to the five pillars of Islam and the word of Allah, which came through their last and final prophet, Muhammud. All of us though with different trajectories, revolve around the briilliant light that is One God. There is no God but God, and blessed is [s]HE who comes in the name of God.

“They can try to destroy intellectual life in Iraq and we will keep making and sending more books.” Beth Grossman talks about collaboration with Iraqi friends on the book for the “Al-Mutanabbi Street Starts Here” at the International Print Center New York. The exhibit of 280 artists’ responses to the 2007 car bombing of the booksellers street in Baghdad are on view at 5 venues in New York.
More info

Applying a traditional Thuluth script verse. Placed above a mihrab in a small mosque in East London.

This past fall, Guildworks artist ERLING HOPE was part of a team created by Temple Adas Israel to re-envision the festival of Sukkot as a community-wide Jewish Harvest Festival. Erling Hope re-designed their sukkah.

Mark One of quadriptych The Four Evangelists project by Guildworks artist Lil Copan.

Felicidades! Trinity Band wins the Silver Dove Award (NL’s equivalent to the Dove Awards) for best album of 2012 for their album Que Mas.

My Righteous One will Live by Faith 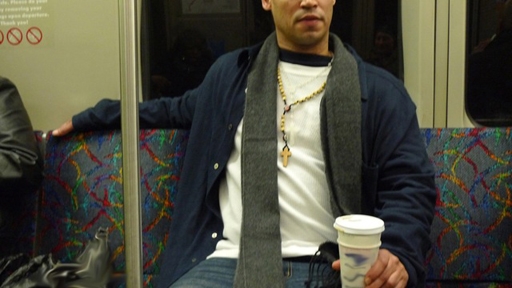 But My righteous one will live by faith HEB 10:38(Blog moderated by Susan H.)  So,living by Faith. Not theoretically or hypothetically, but deeply living in the fallow ground of God’s presence and being, and the cool, cranky carbon-emissions covered streets of Cities and broken back-alley neighborhood nooks. 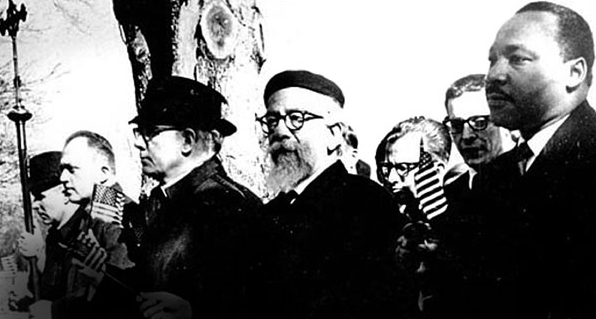 Rabbi Abraham Joshua Heschel wrote, “Justice is not a value, but a transcendent demand freighted with Divine concern. It is not only a relationship between man and man, it is an act involving God, a divine need…Its validity is not only universal, but also eternal, independent of will and experience.” 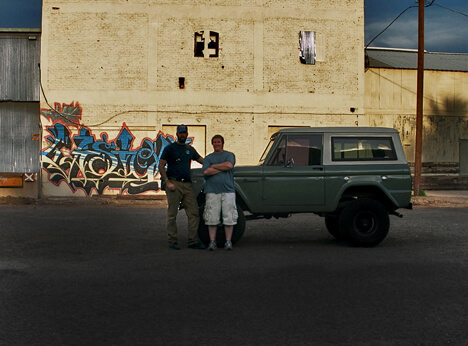 Art created in community and collaboration, parallels a distinction in Judaism between individual prayer and communal prayer. In Jewish tradition, communal prayer requires a minyan. A minimum of ten Jewish adults (traditionally still men) is required to perform certain rituals or recite particular prayers. Going as far back as the shift from temple to synagogue in Babylonia, it was believed wherever ten were assembled either for prayer or study, the Divine Presence dwelt.

GUILDWORKS MINISTRIES Founder and Executive Director, Deborah Risa Mrantz observes, “Community (–whether solely among humans or Divine and Human presence together) remains a prime number in Judaism’s customs and culture; minyan requires the individual participate in context of communal endeavor and a ‘greater scope’ of human flourishing–the whole being more than the sum of its parts. Abrahamic faiths share the seminal building blocks of their Communities’ collective striving; this remains foundational to monotheism even where individuated theologies diverge and these three faiths differ. Communal sensibility is a DNA shared throughout Abrahamic cultures; (worship and wisdom, Divine service and Deeds of Mercy and Lovingkindness) are an entwined double-helix—genetic raw material that continues to be shaped in Jewish culture. Orthodox Christianity and Jewish Minhag and Sulha to Hadith emphatically articulate the need for prayer, worship and judgments to be rendered in context of a greater life in the Spirit and Community.”

As in Jewish prayer, aspects of LIMINAL GROUND required and received a minyan. The project was generated both physically and spiritually in conjunction with at least ten others. Collaborators in the LIMINAL GROUND project include:

Those listed above constitute the minyan of LIMINAL GROUND. Having a minyan support the creation and execution of this project has increased my sense of responsibility and privilege of making art that transcends boundaries. 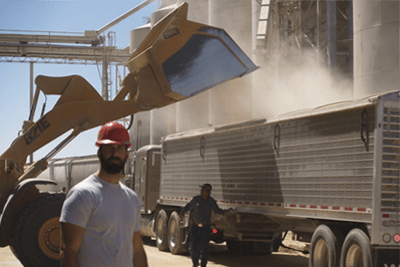 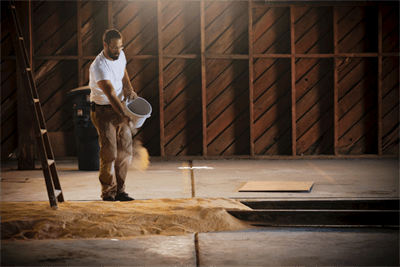